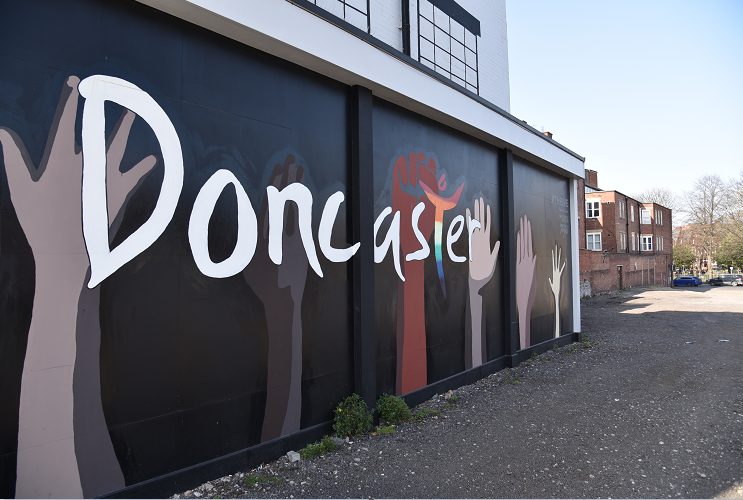 After a determined campaign earlier in the year, Doncaster has officially been granted city status.

This is an extremely welcome and long-awaited development, not only for the borough itself but for the wider region as well. After all, it will bring a range of economic benefits into South Yorkshire and will also provide the area with greater political leverage on the national stage.

Doncaster submitted its city status bid as part of a national competition that was being run for the 2022 Platinum Jubilee celebrations. A record-breaking 38 places across the UK entered this contest — which was open to any locality not already recognised as a city — and each of them made a compelling case for why they should be granted the civic honour.

The demanding application process required a lot of hard work from colleagues at Doncaster Chamber, the council and various other partners. Specifically, the bid team were required to submit evidence of things like Doncaster’s unique identity, our interesting heritage, our vibrant culture, our associations with royalty, and our thriving business community.

In addition to creating this in-depth profile of the borough, we were also required to supply supplementary material to further support the application, including photos, details of transport routes and maps.

Today (Friday, 20th May) it has been announced that eight localities that entered this jubilee competition have been granted city status, with Doncaster being among them.

Speaking about how this will benefit the wider region, Dan Fell, Chief Executive Officer of Doncaster Chamber, said: “The campaign to earn city status is one that we have been pursuing for a long time and it is tremendously gratifying to see all that hard work pay off.

“With both Doncaster and Sheffield, the South Yorkshire region is now home to two cities, which means that we will have an even bigger seat at the table when it comes to engaging national government. With this enhanced platform, we will be in a better position than ever before to drive the levelling up agenda in South Yorkshire, to hold policy-makers to account and to fight for the interests of our business communities.

“What’s more, the addition of another city in South Yorkshire will help bring more inward investment to the region, as we will have increased prestige and will be recognised as a more attractive prospect for those outside the UK, who are looking for places to conduct their trade.

“With a leading airport, strong connectivity to the rest of the country, established inks in the rail industry and now official city status, Doncaster is truly developing into a fantastic place to do business. We really have come a long way in the past few years.

“I am looking forward to an even more prosperous future for South Yorkshire now. We’re going to see huge reputational and economic benefits from this, attracting more businesses and skilled workers into the area.

“I would also take this opportunity to offer my deepest thanks to all the businesses and residents who got behind this campaign and lent their voices in support of it. They exemplify the ambitious communal spirit of Doncaster and this would not have been possible without their vital contributions.”

Echoing these sentiments, Doncaster Mayor Ros Jones said: “This is brilliant news for Doncaster. I am utterly delighted that our borough has been recognised in this way as part of the Queen’s Platinum jubilee.

“To become one of the UK’s newest cities underlines our firmly held belief that we think, act and feel like a city. I’ve said for a long time that we are a city in all but name and now we can proudly say that Doncaster has achieved city status.

“This royal seal of approval will mean we can continue with our vision to drive our borough forward and realise our aspirations. Being a city will help boost the profile of Doncaster on many different levels from attracting new and growing business, underlining Doncaster as a tourist destination, upping our role on the national stage and giving us a stronger voice.

“I would like to personally thank Dan Fell the Chief Executive of Doncaster Chamber for his leadership of this bid, and proof of what we can achieve when we work together across the Team Doncaster partnership.

“Thank you to everyone who has supported our bid across Doncaster and who, like us in Team Doncaster, want Doncaster to be recognised for how far we have come and our exciting future ahead. Congratulations too from Doncaster to all of the other city status winners.”

Meanwhile, talking about the regional impact Alexis Krachai, Chief Executive of Sheffield Chamber, said: “Doncaster securing City Status is fantastic news for all of South Yorkshire.  The fact that South Yorkshire now has two cities will give the region increased leverage with national Government. Hopefully this will help to drive additional public investment into the region – including in areas such as skills and infrastructure – as, collectively, South Yorkshire’s cities work together to hold the Prime Minister to account on his levelling up commitments.

"As I have said previously, what’s good for Doncaster is good for Sheffield and vice versa.  We congratulate our partners in Doncaster on this success and look forward to working with them to also make South Yorkshire’s Great British Railway HQ bid a success.”

On the subject of Doncaster’s increasingly bright future, the Chamber of Commerce will be hosting its flagship business conference next week. Titled “Doncaster, What’s Next?”, this will be the chamber’s highest level networking event of the entire year, with politicians and business leaders exchanging ideas and joining a dynamic conversation about what the future holds for our region.

You can find out more about the conference here:  https://www.doncaster-chamber.co.uk/doncaster-whats-next/