Doncaster Has Been Selected as a #DestinationGBR Finalist 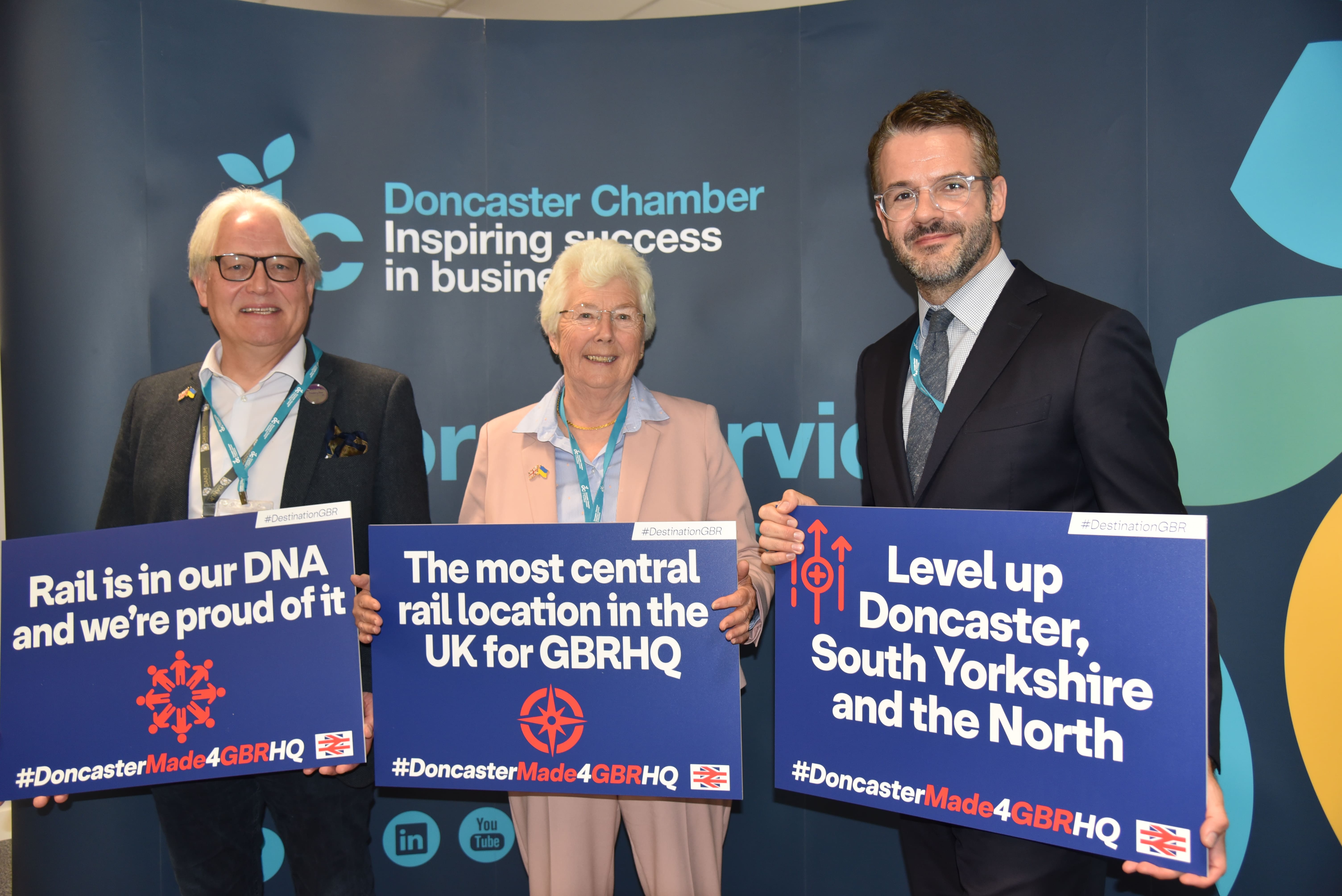 Doncaster has been shortlisted as one of 6 possible contenders for being named the new HQ of Great British Railways (GBR).

For context, this public entity will oversee rail transport across the country (from 2023 onwards), bringing an end to the industry’s current state of fragmentation. Among other things, it will be within the remit of GBR to set fares, coordinate timetables, contract passenger services and collect revenue.

As part its ongoing commitment to levelling-up the rest of the nation, the Government has decided that the headquarters must be situated somewhere outside of London. To decide upon the ideal location, a competitive bidding process was opened earlier this year, allowing UK towns and cities to make their own case for why they should be chosen.

These applications were measured against various criteria, including whether the place in question has an established railways heritage and how well connected it is to the rest of the network. The panel also considered things like: if the candidate delivers good value for money, what opportunities it presents to GBR itself; and if there is demonstrable public support for its bid.

By the time submissions closed, a total of 42 expressions of interest were put forward. From this group, the Government has now whittled the options down to just 6, with Doncaster being in the running.

The team responsible for submitting the city’s bid included the local Chamber of Commerce, the Council, the University Technical College (UTC), the National College for Advanced Transport & Infrastructure (NCATI) and HIRD Rail Group. It was also supported by Oliver Coppard and the South Yorkshire Mayoral Combined Authority (MCA), as well as the other regional Chambers of Commerce (those being the ones for Sheffield and Barnsley & Rotherham), who recognised that it would be advantageous for the wider North, instead of just Doncaster.

Together, these partners made a compelling case for why our city is the obvious right choice for GBR’s headquarters, by vigorously campaigning over the past few months. This hard work and determination clearly paid off, as Doncaster has successfully progressed to the second stage of the competition.

However, there is still quite some way to go yet. A judging panel will need to more closely assess how well each of the finalists meets the bidding criteria and gauge how much support there is within the community. A public vote on where the HQ should be based is also being held right now, which is yet another deciding factor.

Speaking about why the city should be chosen, Dan Fell, Chief Exec of Doncaster Chamber said: “This bid feels really winnable, as we meet every single piece of criteria that has been laid out by the government. Situated on the East Coast Mainline and less than 90 minutes away from London, we are very well connected to the rest of the country.

“We also have a longstanding history with trains, having built iconic locomotives like The Flying Scotsman and The Mallard. In that sense, the railway is an inseparable part of our DNA, and that relationship still endures to this day.

“After all, key industry players —including logistic companies, infrastructure providers and suppliers — have chosen to base themselves in the South Yorkshire region, where they are currently driving big innovations and spearheading exciting new ideas. We have the likes of Unipart Group and Hird Rail, so it just makes sense for GBR to join them here.

“We always embrace further opportunities for growth, as evidenced by the fact that we were recently granted City Status. Doncaster has good quality housing, a thriving education system, and a fantastic leisure sector that boasts national attractions in the form of Doncaster Racecourse and the Yorkshire Wildlife Park. With that said, we have a lot to offer Great British Railways workers should they need to relocate here in the future.”

Building upon these points, Alexis Krachai, Chief Executive of Sheffield Chamber, talked about what the bid means for the wider region. He said: ”The next generation of engineers are being trained in South Yorkshire, via specialist education providers like NCATI and Doncaster UTC. Not to mention, rail is a huge part of the curriculum over at the University of Sheffield, so we already have a robust skills base here to support GBR and to attract aspiring workers.

“Finally, if the government is serious about its levelling up commitments then Doncaster, and by extension the rest of South Yorkshire, is a logical choice. The fact that the headquarters is going to be based outside of London is very encouraging, but not all places in the UK will benefit from it equally. The increased job opportunities, further inward investment and increased footfall into the city centre will be of great value to Doncaster, as well to the wider North. That’s why we in Sheffield are resolutely backing the bid as well.”

Although Doncaster has been shortlisted for the GBR bid, there is still more work to be done and the team must now try to distinguish it from all the other finalists.

Reflecting on this, Dan Fell continued: “It’s really important that we don’t rest on our laurels and continue to vigorously campaign for the HQ. The competition is certainly fierce and we have to do everything in our power to make Doncaster stand out from the crowd.

“Residents and businesses can lend their voice to the campaign by generally raising awareness, writing to their MPs, using the hashtag #DestionationGBR on social media and, most importantly, voting for Doncaster in the public ballot. Even the smallest of contributions here will make a big difference in getting our bid over the line.

“Speaking of which, on behalf of the bid team I would like to thank everybody who has already got involved with the campaign. The way that the community has pulled together to back this is truly heartening and deeply appreciated. We hope that the rest of the country sees this ambitious and entrepreneurial spirit of Doncaster and makes the right choice.”

Doncaster Chamber has produced a comprehensive toolkit, with social media resources, template letters and lobbying guidance, to help you support the bid, even if you only have a couple of minutes to spare. You can download this here.